In November 2014 I persuaded two friends to join me exploring the Dengie Peninsula - a place I had meant to visit for a while. Ride number 23 from Jack Thurston's fabulous 'Lost Lanes' formed the backbone of the trip, although we slightly extended it by starting our ride at Wickford train station (which I wouldn't do again - the stretch up to Fambridge was quite busy with cars, which didn't make for pleasant riding; the route as per the book starts in Southminster). By the time we arrived in Bradwell Waterside we'd done approximately 35km into headwind and were quite happy to find the Green Man pub open for lunch. Afterwards we set out following the sea wall along the Blackwater estuary, to round the northern tip of the Dengie, towards the chapel of St Peter on the Wall - a rather unique place, which dates back 1400 years. The day, which had started out quite blustery, had become rather mild at that point and we were  contemplating a quick dip - alas, it was low tide and no sea was to be seen for miles.

Instead we turned inland and followed country lanes to Southminster and then on to Burnham-on-Crouch. This stretch took us through the heart of the Dengie Peninsula, and it was here route lived up to the title Jack Thurston had chosen for it - 'Empty Essex': quiet country lanes with hardly a car to be seen or heard, barely a hillock interrupting the flatness of the landscape, ploughed fields in various shades of russet - and a huge sky arching over us, empty but for a pale moon. Sadly part of the route between Tillingham and Southminster has since been closed to public access, cutting out the 'emptiest' stretch of the route, but it should still make for an enjoyable ride. 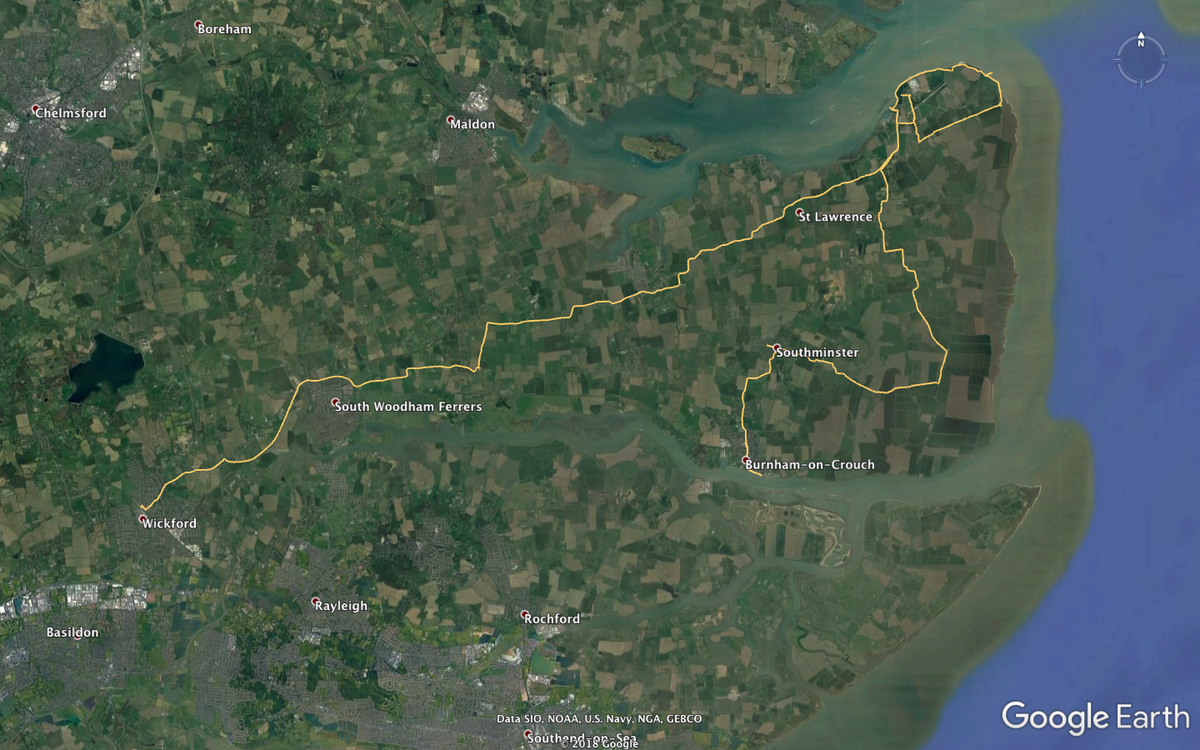