The Thames Estuary Library aims to chart responses to the estuary as a landscape, and as a cultural and historical phenomenon – a repository of sorts.

The idea for this project arose many years ago. One evening, whilst researching access to the riverfront for a cycle ride, I googled 'Thames Estuary Trail', thinking there might be a trail of just that name, given the estuary's importance (then there wasn't – now there is, albeit still far from taking in the whole estuary), but came across Tom King's book instead and, later that evening, discovered a highly detailed survey providing information precisely about what I had been looking for: cycle access along the estuary. I had by then become aware that I was not the only one being fascinated by the estuarine landscape (having picked up Jonathan Bayer's superb 'Eye on the Estuary' at a bookstall some months earlier), and I thought that it was odd that I couldn't seem to find a platform to gather and share both the interest the estuary did – and does continue to –  attract, and information about it – thus the idea for this website was born. (The only other site I found which tries something vaguely similar was thamesestuary.com, set up by fellow northern German Jan Holthusen, originally with a strong focus on sailing, but lately also taking in other aspects of the estuary). For one or another reason (being busy at work, becoming a father etc) the project never quite materialised. But my interest never faded, and in the meantime I discovered other authors, photographers, film makers who had made the estuary their subject etc; eventually I found out that the estuary even had its very own festival.

Towards the end of 2017 I decided to move it forward; a first step was getting help with the technical side of things, and after receiving encouraging replies to my first few emails asking for consent to feature people's work, there was no way back...

The work is loosely grouped into categories, Photo, Books, Audio, Film, Art, I hope it's largely self-explanatory; at least one other category, Architecture / Landscaping is in preparation, but will take some time before being added.

This site has no ambition to be encyclopaedic – first and foremost, that would be way beyond my capacities. And whilst the estuary is the main focus of this site, I allow myself to venture beyond its geographical confines every now and then. The website is work in progress and will hopefully grow and evolve. I am always grateful for recommendations – please contact me with suggestions!

I was born and raised in a small town in the North of Germany and came to London in 2005. After a brief period south of the river, I have since lived – and mostly worked – in East London. Early on I found respite from the buzz of the metropolis by exploring the canals, escaping to the Hackney Marshes, and venturing along the River Lea, or down the Thames to visit friends in Deptford. And incrementally further east along the River: Woolwich ferry, Dagenham, Rainham Marshes, and so on. I attribute at least a part of my affection for the estuary to the memories it evokes: the huge skies, the emptiness, the tidal mudflats, but also the combination of large industrial complexes with small scale dwellings and areas of leisure, and the ever-present threat posed by the water, all remind me of the landscapes I grew up in.

Thanks to everyone who has been patient enough to lend me an ear (and eye) to discuss the project, and thanks for all the encouraging feedback along the way, in particular to Jason Orton. Thanks for all the helpful advice I've been receiving (Ben Weaver, Rob Canning, Simon Davidson) to get the project off the ground, and thanks for the great work to everyone at Polimekanos. A big Thank You to everyone who consented to have their work featured on this site – the project really hinges on that! And last but not least to my wife and family for their patience and support – many an evening (and night) was spent on getting this project to where it is now...

All material featured on this site is subject to copyright, held by the author(s) of the respective work, as indicated. I have made efforts to contact authors for consent to share their work, and am immensely grateful for the approvals (and generally encouraging feedback) I have been receiving. Where it has not been possible to obtain responses, work featured on this site will be withdrawn upon request by the author; please email me. 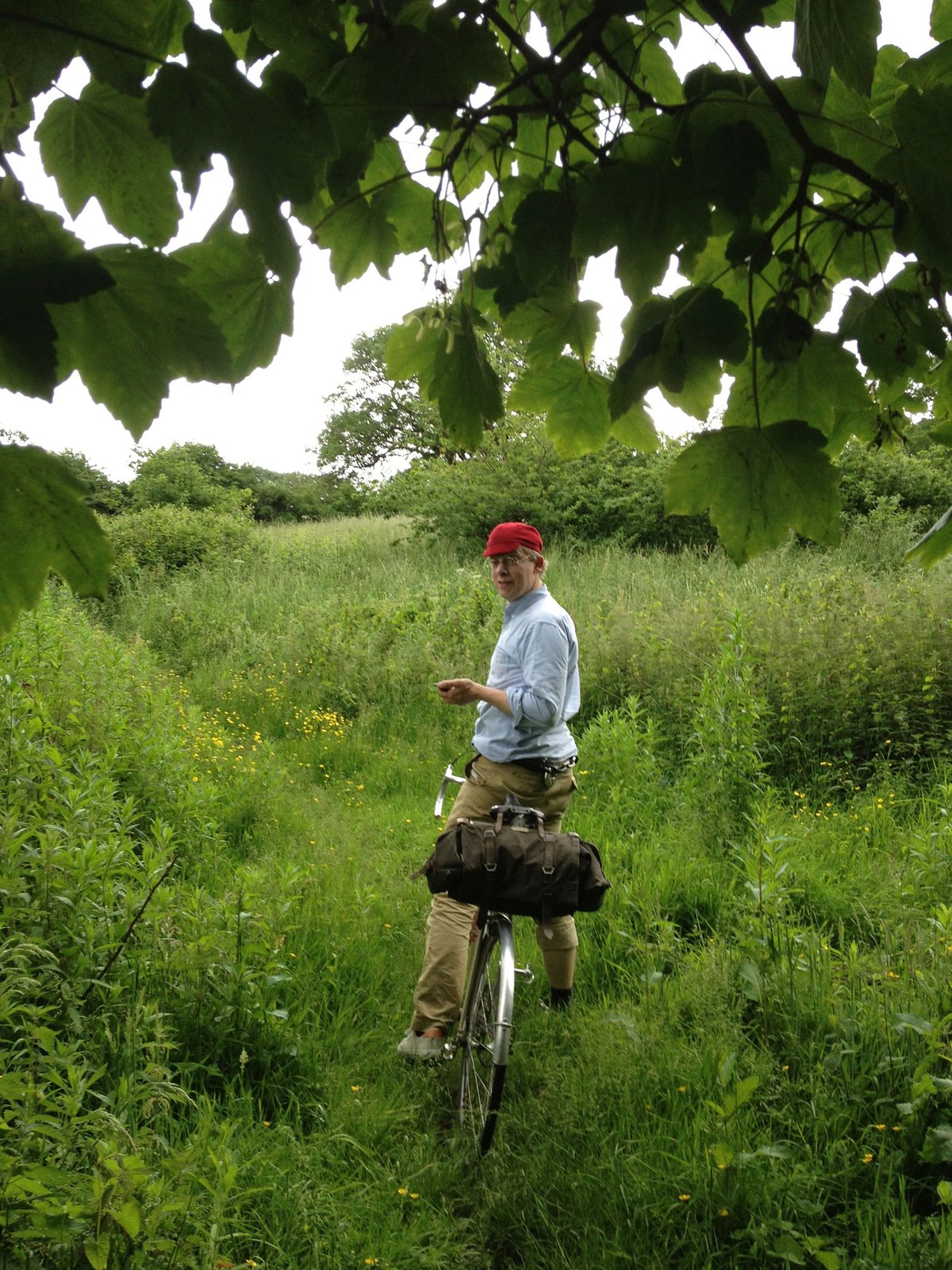 '... there should have been a trail here!' Out estuarying. Photo A. Hodgkinson