This was probably my third outing to Dungeness – the fifth continent – a place that hardly ever disappoints. I'd started from Ashford and had arranged to meet with a friend at a caravan site close to Rye, but then that fell through and I simply continued out to Dungeness. On the way back in land I tried to get to the WWII sound mirrors, but did not get much more than a glance from a distance – they're on private land and generally inaccessible to the public. My second aim was to visit the tiny Thomas à Becket church, which sits very isolated on a field in Fairfield, Romney Marshes. On the way there I stopped by a number of other churches and was quite amazed how each one was quite unique (I was very surprised to walk into St Clements in Old Romney and find the pews all painted a charming pink) in its own way. In the relatively bleak landscape they felt like little islands (into which they did turn quite literally, being built on little mounds a few feet above the low-lying surrounding fields; which reminded me of the landscapes where I grew up: there too, the churches would be built on (generally man-made) mounds, and if storm surges inundated the lands, people and livestock would seek refuge in the church). My attitude towards religion is not entirely unambiguous, but it was easy to understand how in this landscape the churches had held (and in part may still do) a central place in the community.

St Thomas à Becket was not doubt the most special out of the four churches I visited on the trip; it is locked but the key can be picked up at a house a bit further up the road, and after crossing a field and over a bridge it was a memorable moment to turn the big key in the old lock, and push the weathered oak door open. The church is modest in scale, and humble in detailing, but here, more so than in the ones I'd visited prior to coming here, the effort which must have gone into building it, as well as the shelter it would have provided in times of inclement weather, was very tangible.

I finished the ride with a nice meal in a pub in Appledore (where a guy struck up a brief conversation "Nice bike mate, how far have you come?" and, after I'd told him of my trip went "Nice, I've come down from London on Friday afternoon", which made the 100km I'd done that day suddenly seem rather lame...) and then went on to take the train back into town. 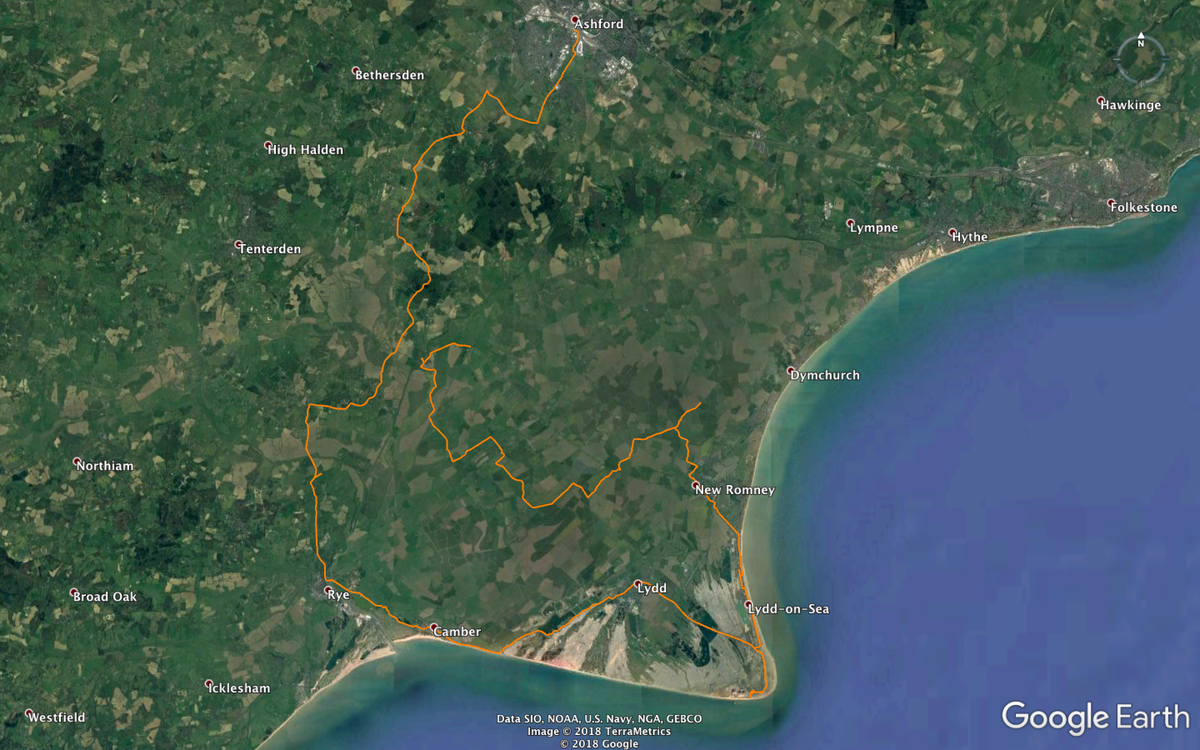