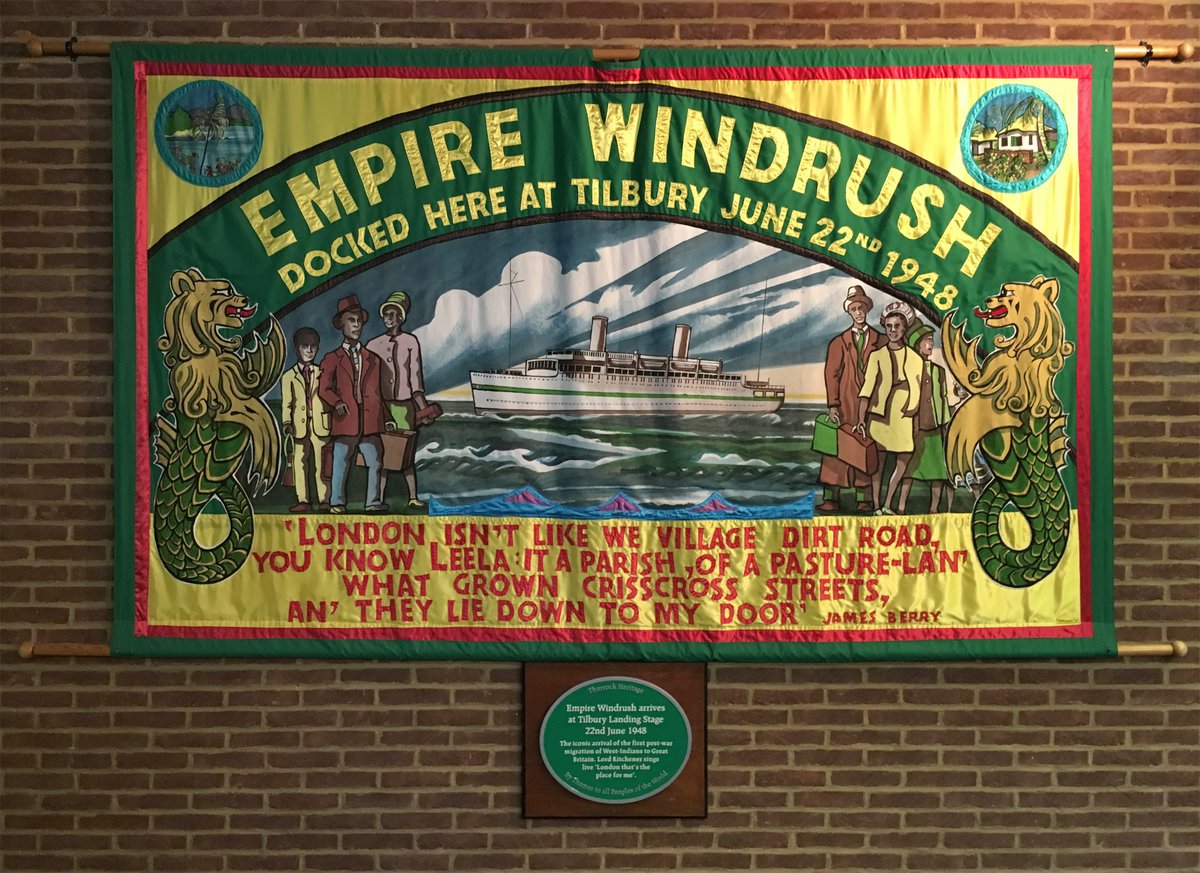 The banner, from Jeremy Deller's 'Folk Archive', which was part of his 2004 Turner Prize winning exhibition, hangs on a wall in the Tilbury Cruise Terminal, and commemorates the docking of the HMT Empire Windrush at Tilbury Pier in June 1948, bringing the first large group of West Indian immigrants to the UK, contributing significantly to making Britain what it is today.

With the 70th anniversary of the Windrush's landing approaching quickly, the embarrassing immigration policies of late have made the treatment of the Windrush generation headline news.