Floodtide is a project by John Eacott which translates tidal flows into musical scores in real time, which are then interpreted by musicians. The waters' movements are gathered by a submerged probe and computed into scores, accessible through apps on musicians phones or tablets. Floodtide has been performed in numerous settings over the last few years; a major performance was at 2016's Estuary festival in Tilbury, on the pier of the cruise terminal. It proved a rather mesmerising backdrop to the goings-on of the festival – it was enjoyable to roam through the exhibition in the shacks on the pier and hear the music throughout, sometimes louder, sometimes more subdued.

The project has a permanent listening post at Trinity Buoy Wharf. 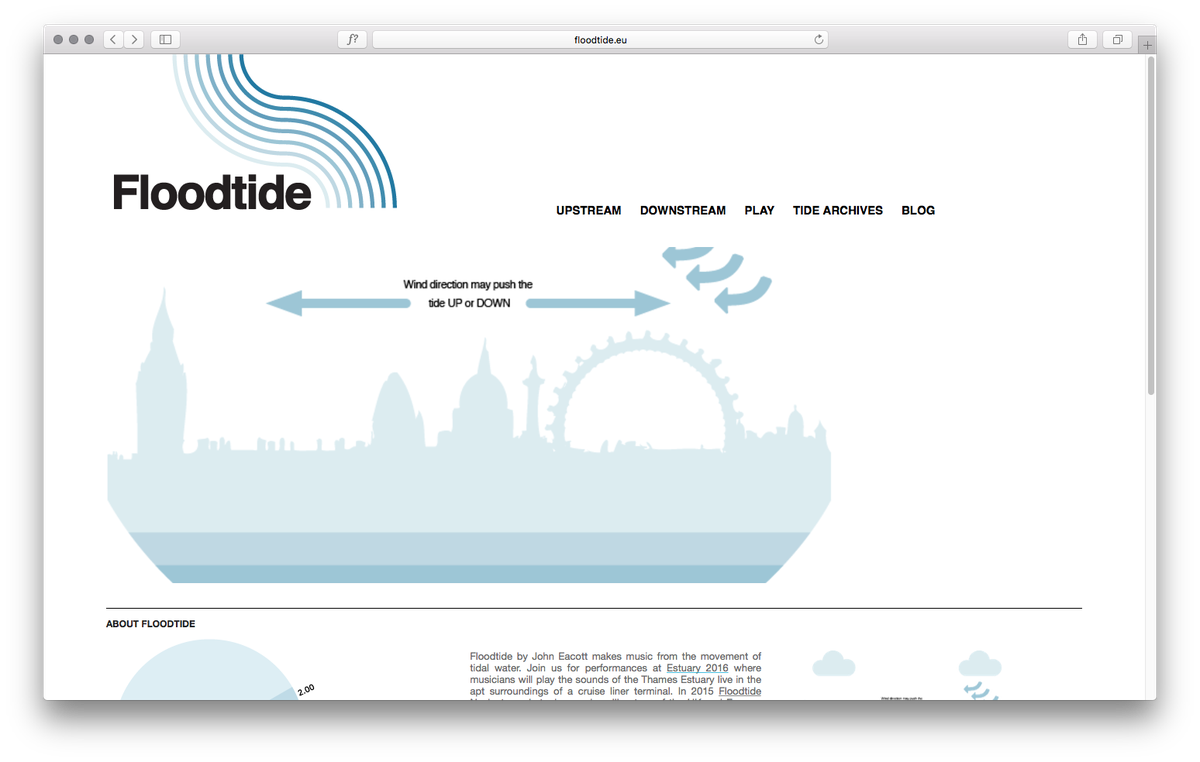