Eye on the Estuary 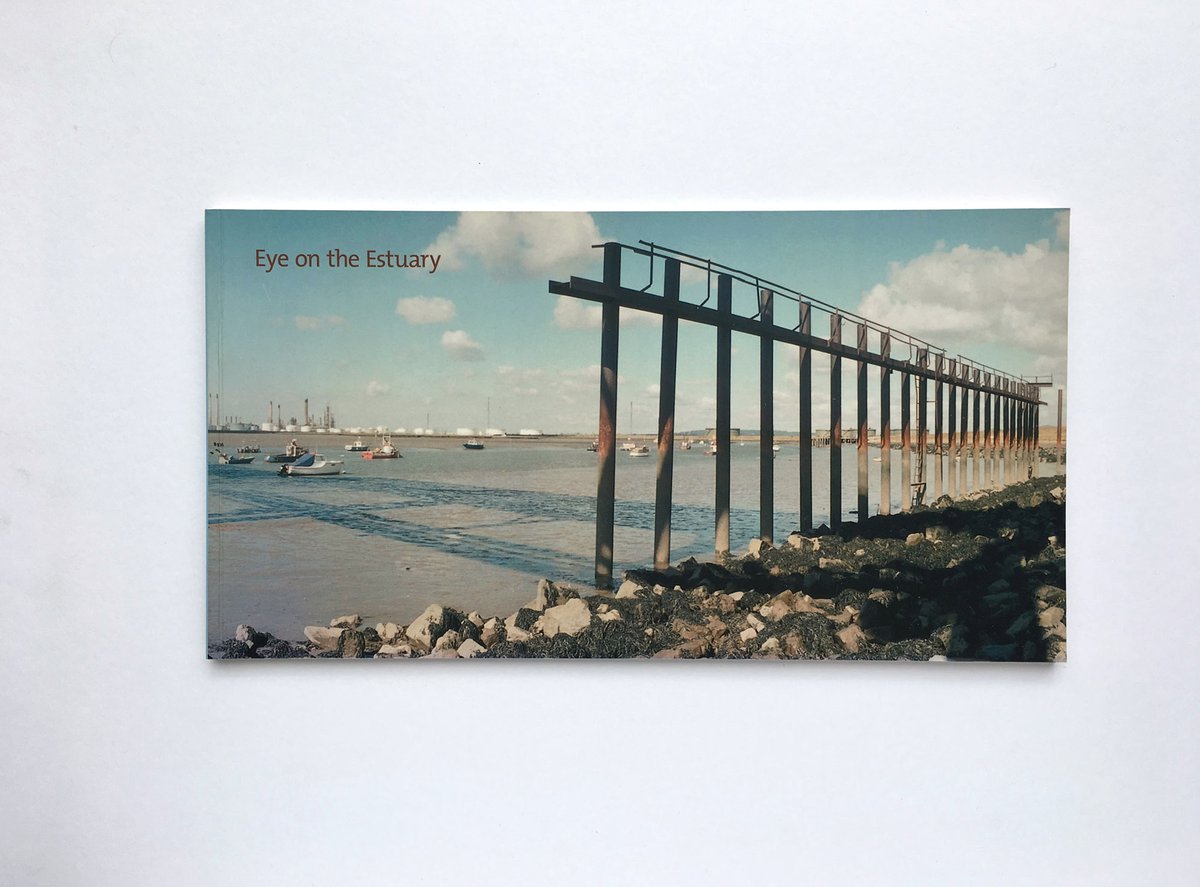 This could be considered the foundation stone of this website - it is the very first book on the estuary which I picked up, many years ago at the bookstall on Broadway Market. Many others followed.

Although I tend to prefer less dramatic formats in photography, I was, and still am, quite taken by Bayer's photographs - the subject perfectly justifies the format, and the panoramic scope portrays the horizontality of the landscape exceptionally well. The photographs have sometimes an almost cinematic character: too wide to be taken in in one look, the eye starts wandering across the image, not unlike a film sweep across the horizon. Despite the wide format the photographs avoid overly dramatic compositions; if anything, the format has almost an effect to the opposite: there's a sense of calmness and stillness to most images.

The photographs in the book follow the Thames out of London, starting at Hungerford Bridge and ending in Shell Ness on Sheppey. Which probably contributes to my affection for the book, as it reflects my own journeys out into estuarine territory, escaping the chaos of the city in search for breathing space.

Bayer, son of Bauhaus student and teacher Herbert Bayer who emigrated to the states in 1938, returned to this side of the Atlantic in the 70s, to make London his home. He published a small number of books, amongst them the more didactic 'Reading Photographs - Understanding the Aesthetics of Photography', and the charming 'Bottle in the Smoke', a (predominantly) black-and-white photographic essay on the milk-bottle.

Owing to the panoramic format, the book is rather large - 40cm in length. But this gives adequate space for the photographs, and allows to take in their rich detail. The book features an introduction by Ian Jeffrey, and an afterword by Bayer himself. It is out of print, but readily available online.