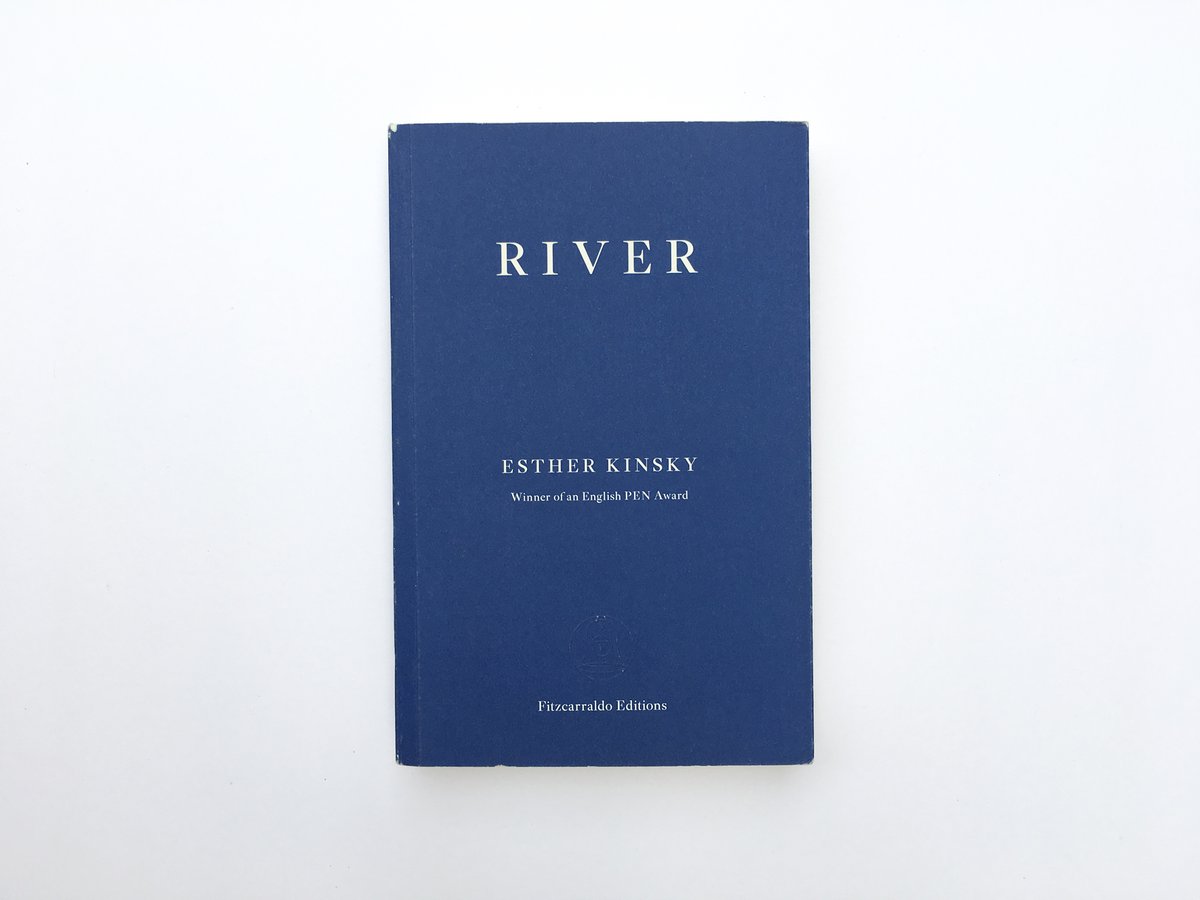 I would actually strongly recommend to get a copy of this book and read it for yourself – anything I say about the book cannot possibly come near to reading it. It is one of the best things I’ve read in a long time.

This one was also a recommendation by Jason Orton, and I’m ever so grateful for it. At first I was a bit reluctant, since I was a bit wary about extending the ‘field of study’ to the River Lea, but when on page 21 of the book Kinsky writes about standing at the top of Springfield Park: “There were also houses in the distance across the marshes, but it was as if they belonged to a different country. The rose beds, the rare exotic trees, the extensive glazing of the sleepy café, the trimmed hedges around the benches, all of these signified a town, contrasting the land that stretched out at the foot of the slope: flatlands on thin ground over water, already part of the Thames Estuary area.” she eloquently puts into words a notion I seem to have had since discovering the Lea Valley - the territory is markedly different, and its riparian character ties it more strongly to the landscapes of the lower Thames than to the towns on its banks. But not only because of this the book strung a chord: the canals and rivers of East London have long been very dear to me – particularly because of the ‘otherness’ they offer, and thus a respite from the life in the city.

The book is a novel, although it has a very strong autobiographical undertone that it could easily be interpreted as such; over time though, patterns emerge which seem to be too prominent to be a coincidence, and in one episode in particular she so clearly enters the realms of the fictional I found myself questioning the veracity of all previous chapters which at first sight seemed to be solidly grounded in the non-fictional – thus blurring the boundaries between both, throwing into question the firmness of the ground on which one follows the narrator on her perambulations.

In the book, the author/narrator writes about various rivers, some of which she merely visited, but most of which she spent longer periods of her life with - and each and every one being of importance to her. The book is firmly anchored in east London, Upper Clapton - Springfield Park is a recurring location. It starts with the narrator moving into a small house which overlooks the railway, with her belongings neatly stacked into cardboard boxes, to distance herself from a previous life elsewhere in London, and charts her tentative explorations of her new neighbourhood; the book ends with her leaving, moving to an unspecified place in Eastern Europe. Interwoven with the main narrative, she writes about rivers elsewhere: the Rhine, the river of her childhood, the St Lawrence River, the Oder, the Yarkon in Israel, the Tisza or the Hooghly in Kolkata.

It is a fantastic, remarkable and hugely enjoyable book - not since reading Sebald’s “Austerlitz” has a book resonated with me so profoundly. And “River” undoubtedly does show parallels to Sebald’s work: questions of identity, belonging, memory, traces of the past embodied in our physical surroundings, permanence are recurring throughout the book; Jewish culture is an important element, too.

It is beautifully written, too (and translated, I need to point out! After buying a copy both of the German book as well as the English version I decided to read the latter, fearing that reading it in a different language might somewhat alienate the text from the places it refers to), in a language that is so finely crafted it appears entirely effortless, both precise and ambiguous. And – similar to Sebald’s work – Kinsky makes use of photographs, both in form of printed photographs introducing chapters (which are often referred to in the text), as well as subject matter, in their uncanniness of freezing a fleeting moment, both preserving details unnoticed by the viewer at the point of activating the release, and condensing certain characteristics of a place. Quite often when she wrote about photography I was reminded of Stephen Gill, who for many years worked almost exclusively on the Hackney Marshes and its canals and rivers.

(Kinsky’s interest in photography is evident also through the contributions to other publications: in 2002 she wrote “Seven Short Pieces” in response to German photographer Gerhard Stromberg’s “Or So It Seemed”, photographs depicting English rural and urban scenes but titled with names of German locations (Stromberg himself was living and practicing in the UK at that point), and in 2016 she wrote the introduction to photographer Freya Najade’s “Along The Hackney Canal”, published by Hoxton Mini Press.)

Whilst the book draws clear parallels to Sebald’s work I see it as a remarkable work of literature in its very own right, and I was pleased to hear that her subsequent novel, “Hain”, set in the landscapes of Italy, won 2018’s Leipzig Book Fair prize.

And now please get a copy for yourself - I doubt you will end up regretting it.