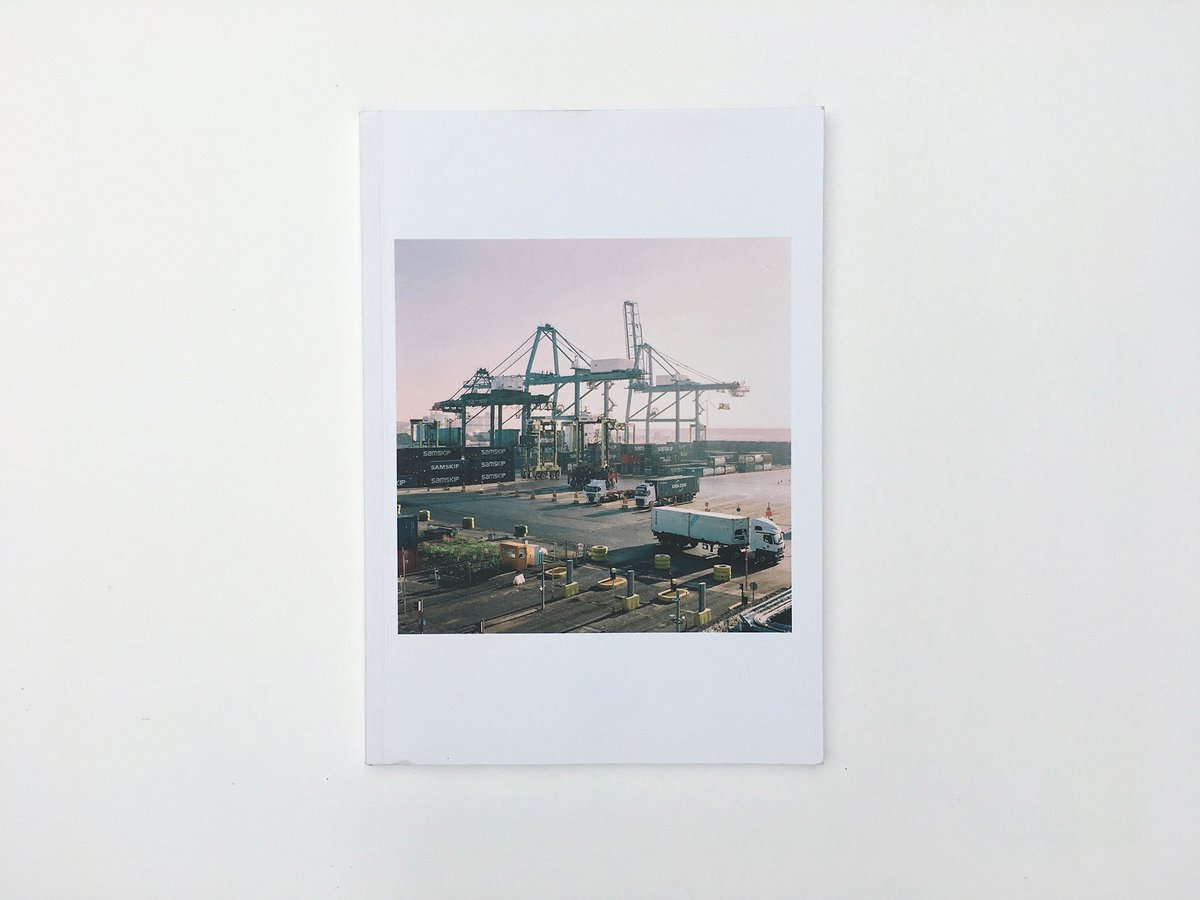 I  saw this publication, a collaboration of journalist Jack Shenker and photographer Rob Stothard, on Instagram a few months ago, and ordered a copy straight awa, but did not really get a chance to study it further than Stothards’s photographs. Only recently did I manage to actually read Shenker’s text. The book is a detailed profile of the town of Tilbury. Following the Brexit referendum, in which Tilbury was one of the places to most decisively vote ‘Leave’ with 72%, Shenker and Stothard repeatedly visited the city over several months, to get a better understanding why a former Labour stronghold had been lost to UKIP, and turned out against membership of the EU so overwhelmingly.  What they learned from listening to people, walking and driving through town with them, visiting football matches applies not only to Tilbury though; it allows to understand the current political climate in Britain, and beyond in Europe and the US. After decades of derision and marginalisation, being variously labelled as ‘Aggro-Britain’, ‘a grey, desolate place with an evil stench of violence’, ‘cesspit’, ‘capital of misery’, the duo must be applauded for actually spending time in town, getting to know people and listening to them. The essay and the photographs are a fascinating portrait of the town, and convey the human aspect beyond the mere statistics – yet they, and the essay in particular, are also rather sobering (to avoid the term ‘depressing’) in their outlook. This publication should form part of the national curriculum, in my view.

Personally, yes, I do feel affected by Brexit – and one day in the not-too-distant future it may actually affect me in real terms – yet if one day the situation really turns sour then we can pack our bags and go. I fear though that for a considerable number of the people who voted to leave, the underlying causes (lack of jobs, lack of job security, zero-hours contracts, lack of affordable housing & health care, lack of community infrastructure) for their anger – with which I can fully empathise – will not be fundamentally improved by leaving the EU (since they are as much rooted in domestic policies as they are related to global changes in production and working environments), and thus their situation will hardly change for the better. And the option to pack up and go will not be available to them.

The publication is sold out, but the text and photographs, plus some historic photographs have been published online by the Huffington Post. I highly recommend taking the time to read the essay and study the photographs.

Rob Stothard collaborated with Silvia Mollichi on another thought-provoking publication: a detailed survey of Immigration Detention Centres around the UK. This publication is still available via Rob's website.