I first discovered Jonathan's work published in German magazine mare  many years ago (a magazine devoted to all things 'sea', which has found its subject to be sheerly inexhaustible and is currently at its 125th issue, which champions the work of writers and photographers and also introduced me to Mark Power's Shipping Forecast in one of its earlier issues). The series examines Britian's close and oftentimes precarious relationship with the sea. Quite a few photographs are taken on Canvey island, which left me wondering whether it was a coincidence or a deliberate choice, given that Canvey was one of the places most affected by 1953's devastating flood. Still today only little separates settlements from the sea - however, this (nor the proximity of petrochemical industry) seems to deter people from making it their holiday or weekend home. His photograph of the caravan park against the backdrop of oil storage depots - which was included prominently in the Tate's 2007 survey How We Are - Photographing Britain from the 1840s to the Present - is an iconic photograph which condenses so many aspects of Britain's relationship to its coast.

Please see his website for the full series - but also for his other thought-provoking work, which often focuses on the traces of human conflict.

Below spreads from the publication, a PDF of which can be found on the author's website (text in German), who regularly writes for mare magazine. 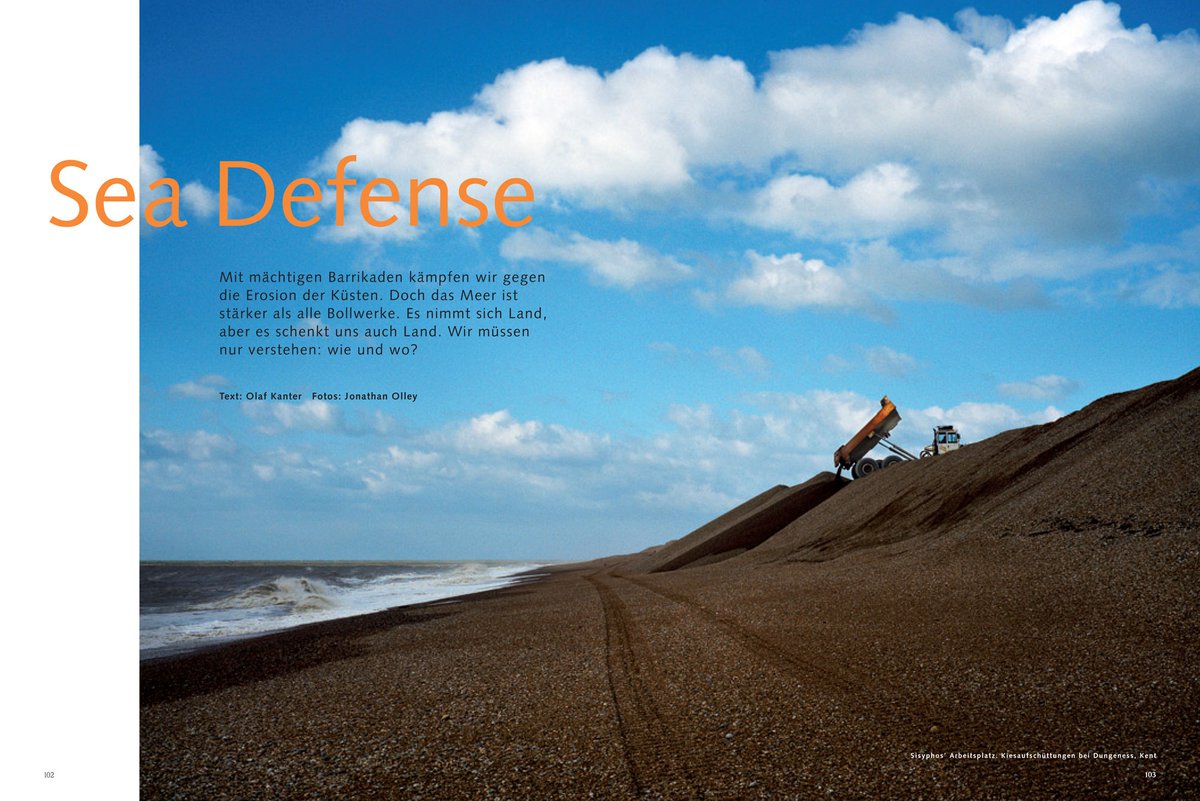 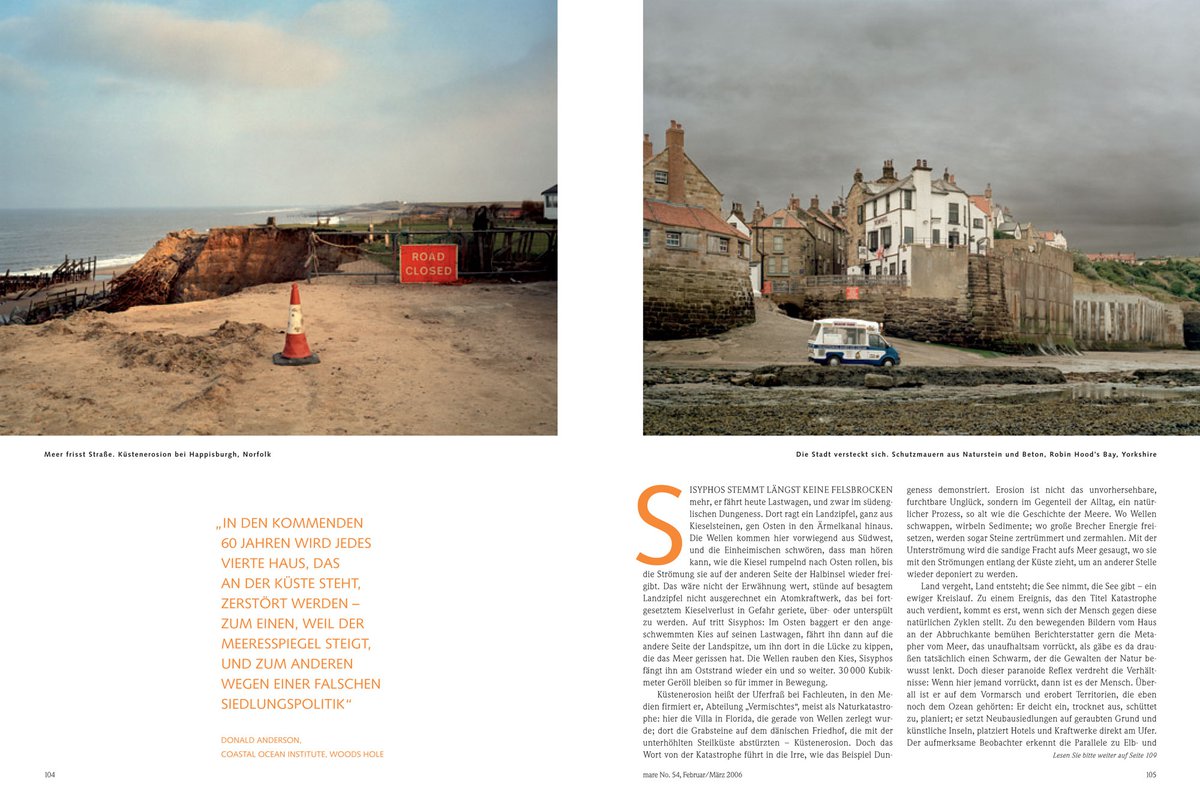 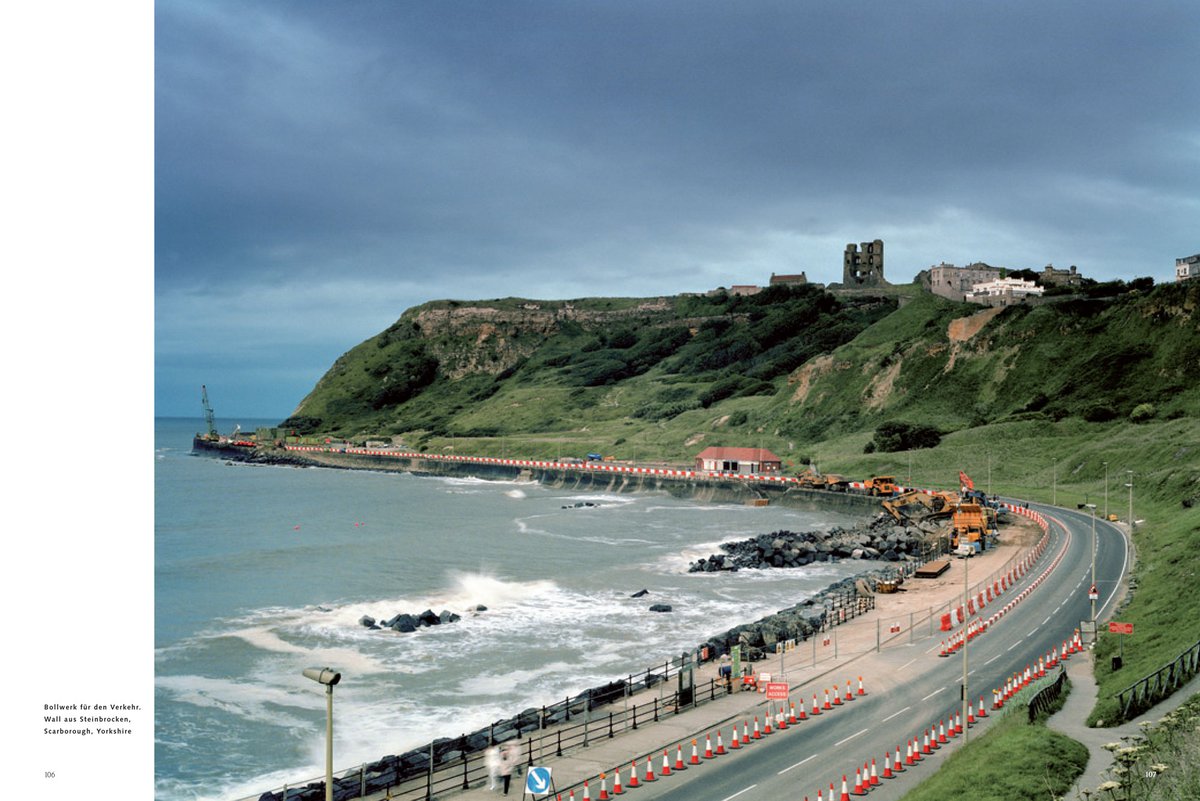 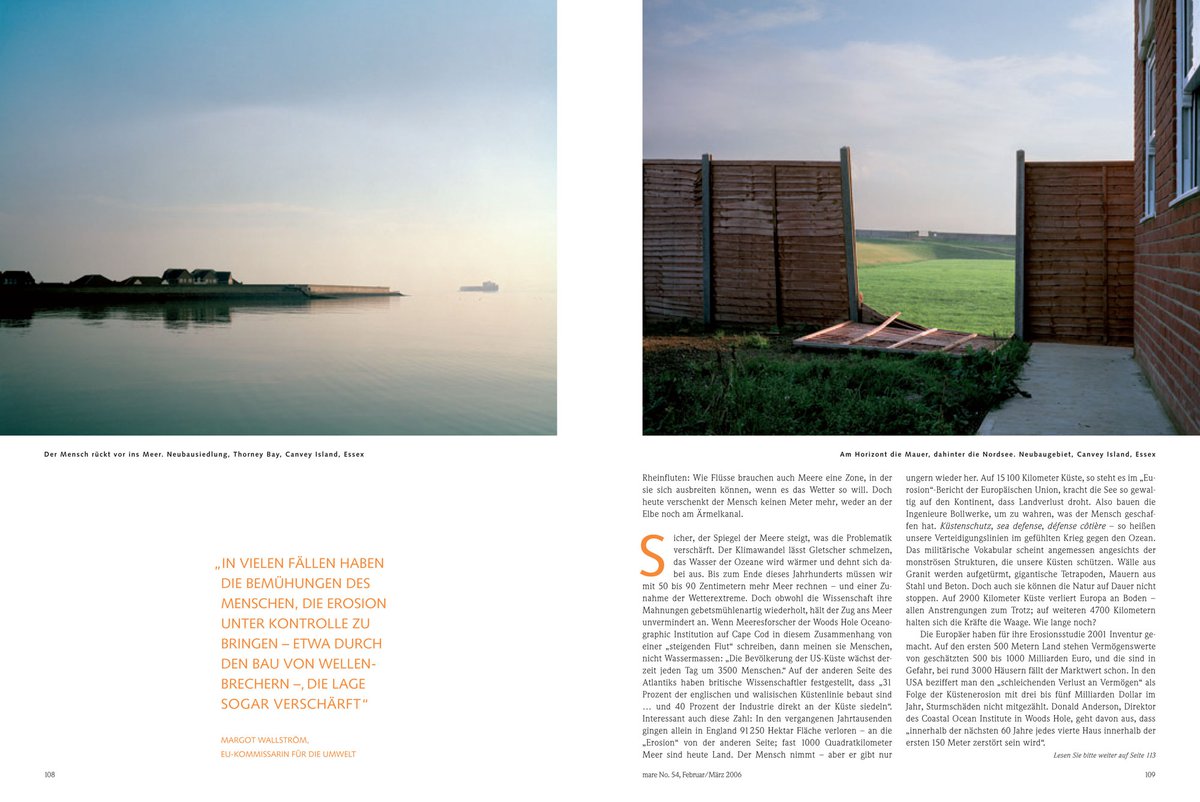 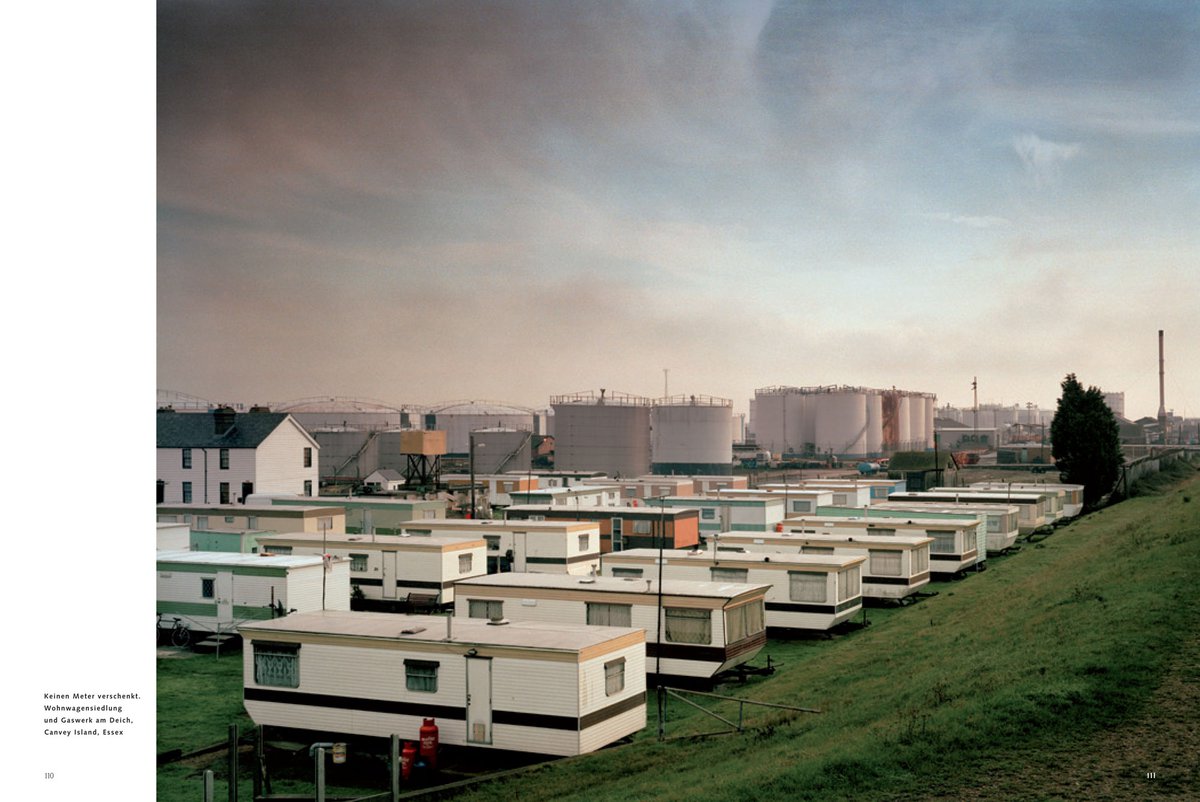 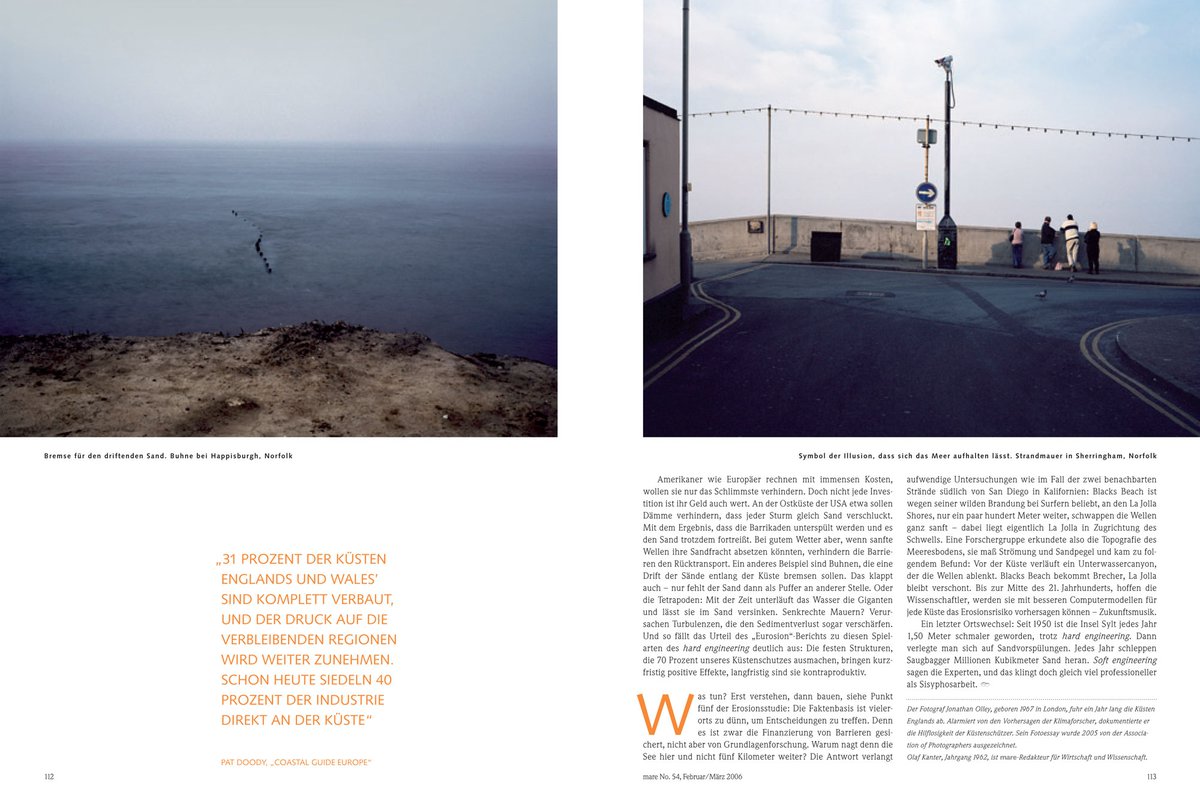