I discovered Mike Seaborne's work at 2016's Estuary festival - the bookshop had a few copies of a catalogue on display, published to accompany an exhibition of his work at Foto8 Gallery in 2012, titled London, Landscapes in Transition. Mike was appointed Curator of Photographs at the Museum of London in 1979, and has documented the city and its environs for almost four decades. This impressive timespan has resulted in an enormous archive, and has allowed for several Now-And-Then projects, documenting the changes the urban landscape underwent; one of the most impressive of these projects is a series on the Isle of Dogs, which he photographed extensively in the early 80s, and revisited almost 30 years later (the great site Spitalfields Life featured a number of the photographs in 2016). Mike is a prolific photographer, engaged in a variety of projects; one that stands out is London's Changing Riverscape, in which he, together with photographers Charles Craig, Graham Diprose  undertook to re-photograph a continuous panorama of the banks of the Thames from Tower Bridge to Greenwich, based on an impressive 1937 original. Another area of interest is the Lea Valley, which, like other areas, he keeps revisiting since the early 80s up to the present day. Together with fellow photographer Peter Marshall he runs the website Urban Landscapes, which besides featuring their own work provides a platform for selected photographers photographing urban environments the world over.

The Thames Estuary series was largely photographed between 2009 and 2011, and thus is relatively recent. Yet it also already has 'historic' value - Tilbury power station has since lost its distinctive chimneys, and the London Gateway port took up operations in 2013. 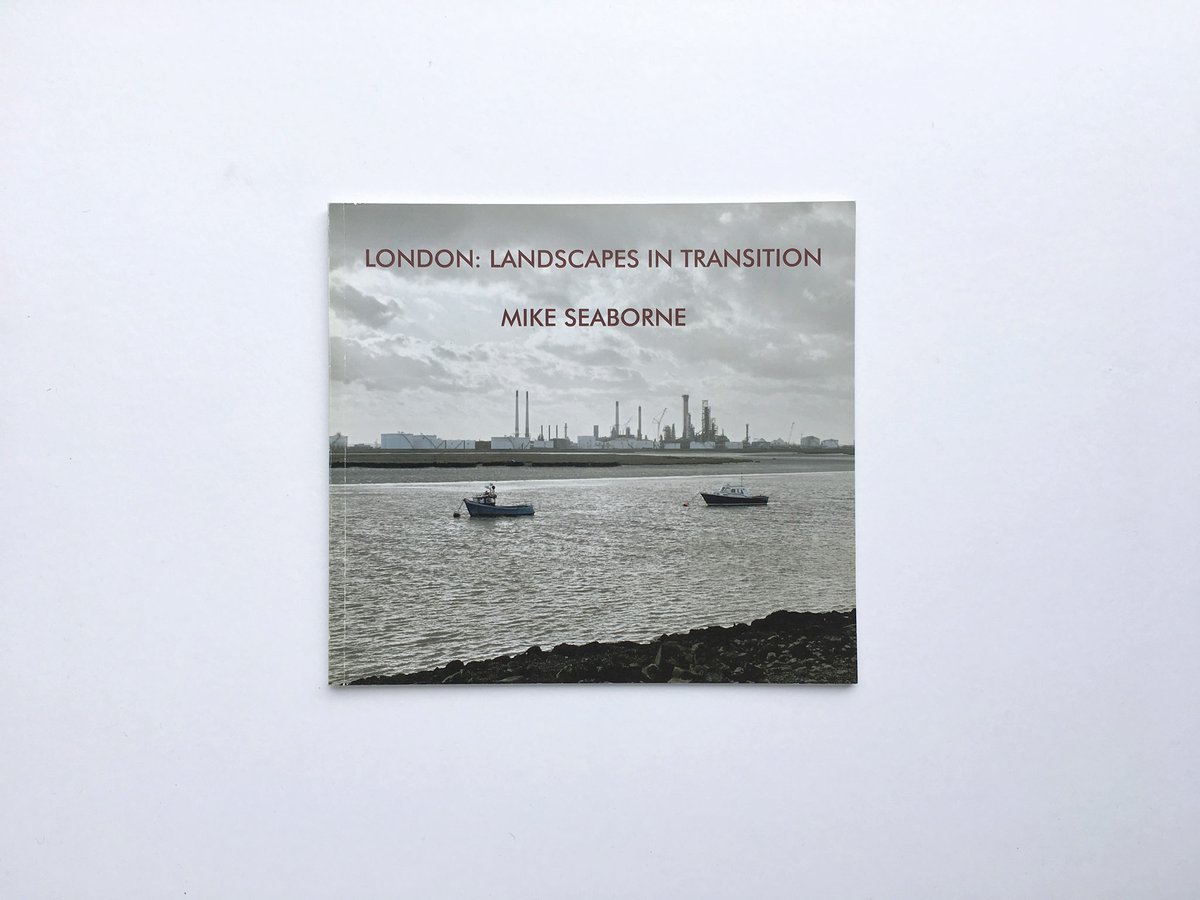