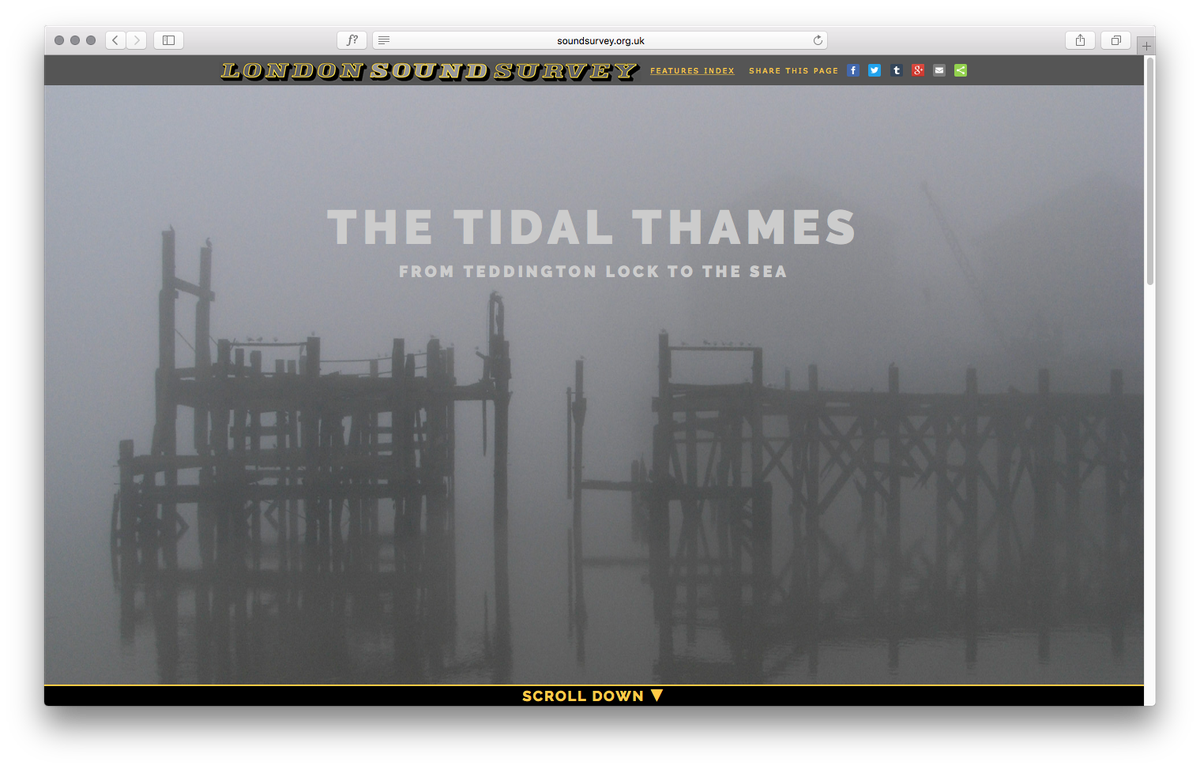 Another evening's web trawl – relating to Maplin Sands and the Broomway – brought me here in late 2017, and I was amazed to discover it being part of a series recording sounds of, and interviews with people on the banks of the Tidal Thames. But not only that – each sound recording is accompanied with historical information about the place, and interviews are equally supplemented. The series features 15 recordings thus far, 4 of which are interviews.

The London Sound Survey is a remarkable project by Ian Rawes; the idea for it formed while he was working as a storeman in the British Library Sound Archive. It started out with around 200 recordings in 2009 and has since grown to an impressive 2000+. 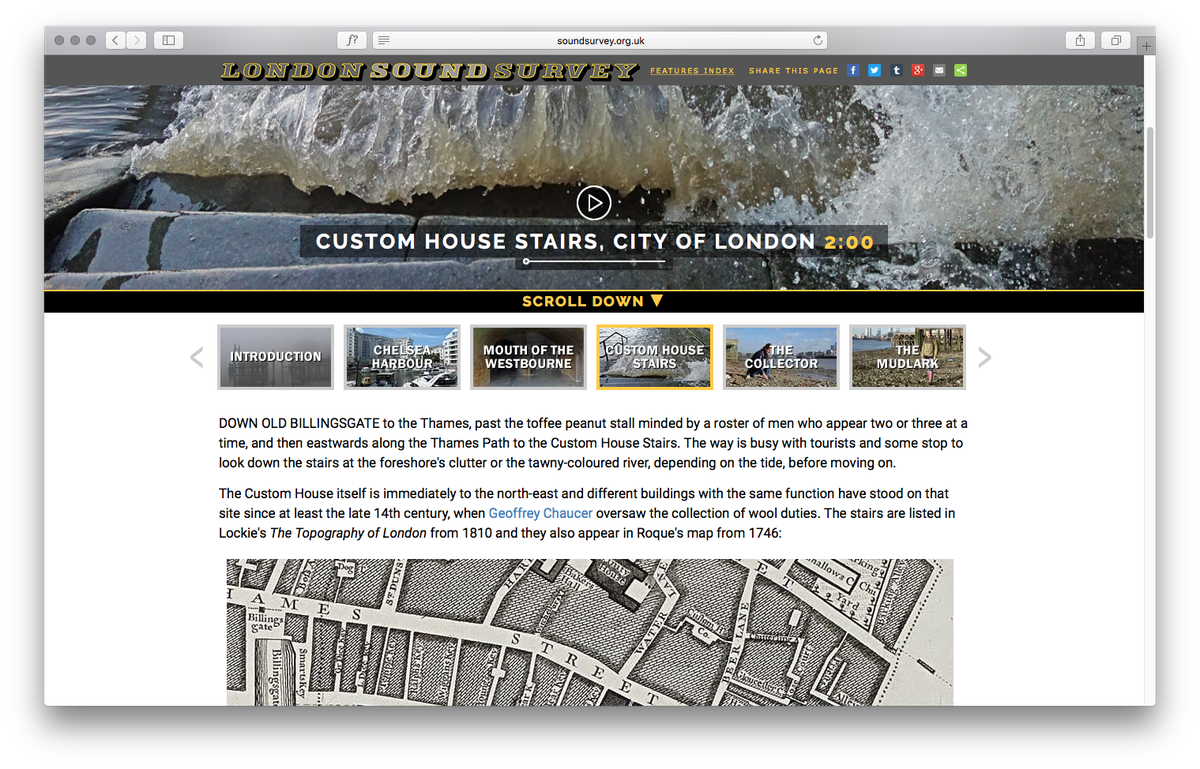 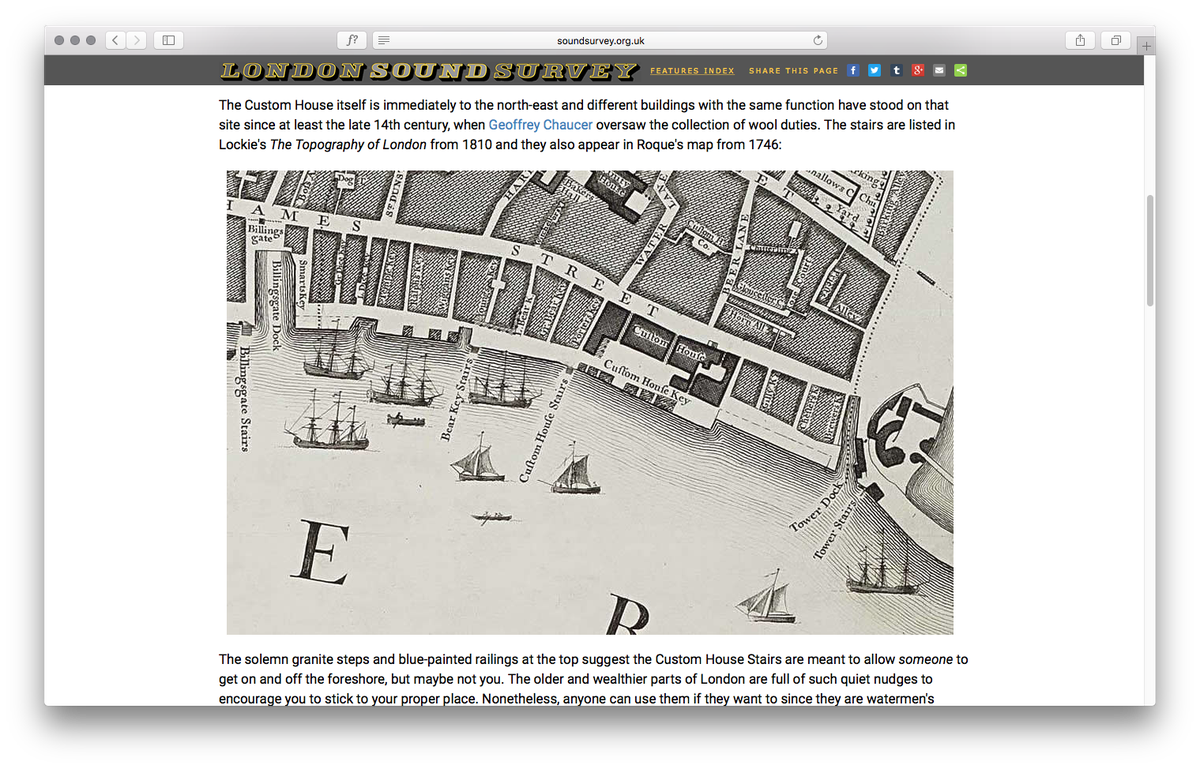 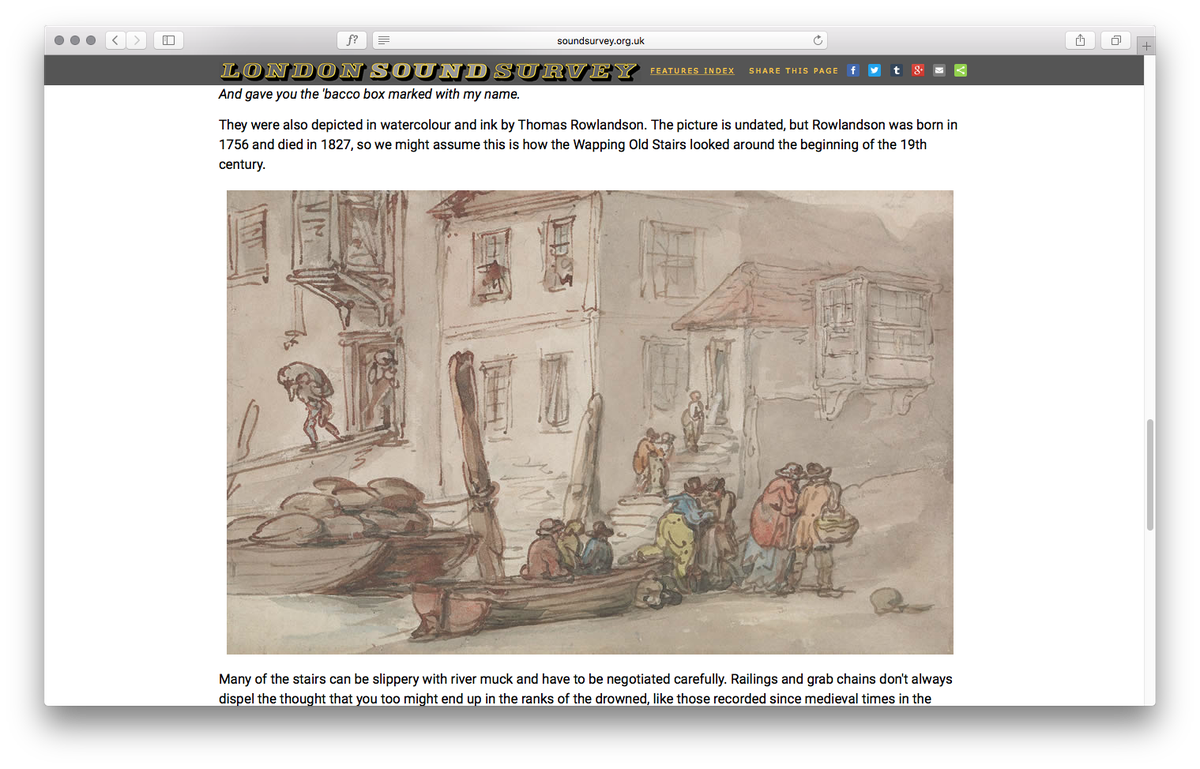 One of the interviews is with the author and curator Rachel Lichtenstein, on the occasion of the publishing of her 'Estuary' book. 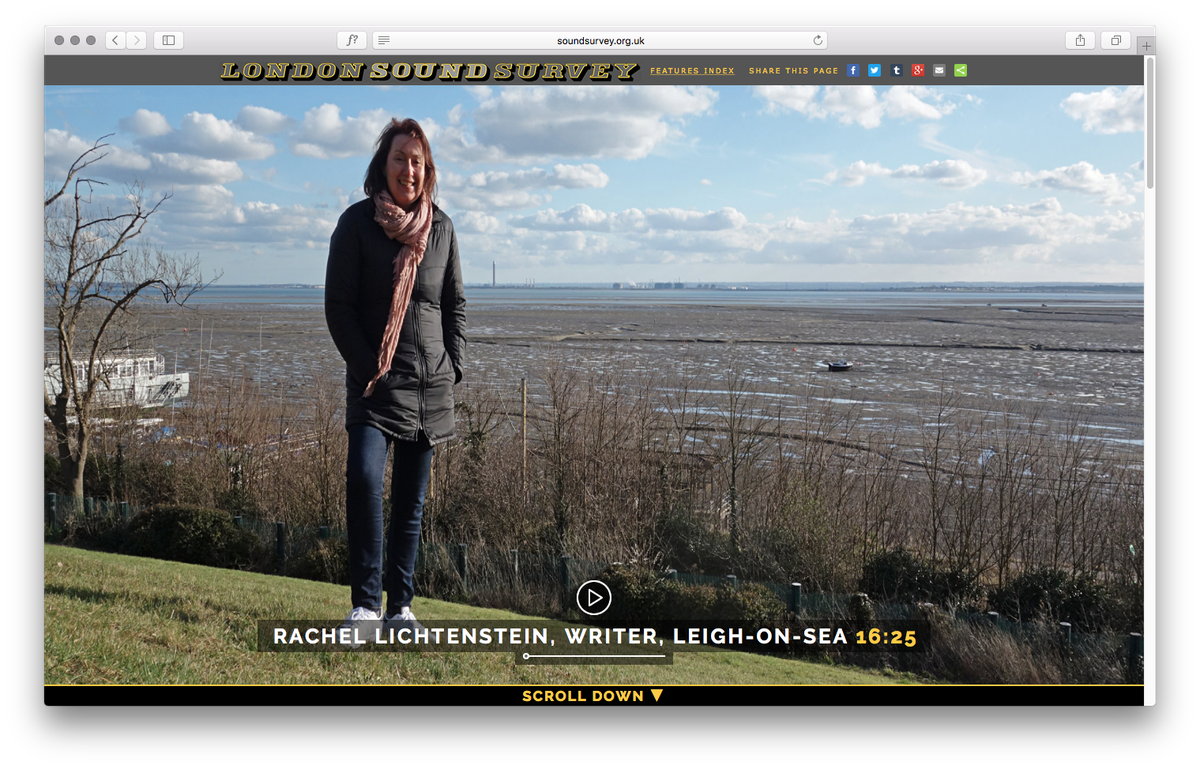