I have been – to start with, loosely – familiar with Kander’s work for a while; I had seen images of his ‘Yangtse – the long River’ series here and there. I did like the work, but as a subject matter it was too far off (geographically), to really attract me. I’ve seen many of his portraits over the years, for a while without realising they were his, from Barack Obama to Steve Bannon. I saw his last show at Flowers gallery a few years ago, where he presented his series ‘Dust’, photographs from Russia and Kazakhstan featuring nuclear weapons test sites – destroyed landscapes as he refers to them. Almost entirely devoid of human figures, the photographs are eerily beautiful and haunting in equal measure. In expression, they remain close to the ‘Long River’ series – ‘representational’, carefully composed and finely crafted.

Having started to follow him on Instagram in early 2017, I was intrigued to learn that he was working on a project on the Thames Estuary, first mentioned in a post featuring a studio photograph of his daughter “behind a stream of Thames River water. […] The Thames Estuary is taking most of my time now. More to come.” I was all ears. Then over the weeks a number of very oblong images, most of merely water and sky appeared in his feed, and I became increasingly curious. The work was first shown at Flowers gallery in London in late 2017. The opening night at Flowers gallery was soon tightly packed, but I managed to get there early enough to get a good view of the work, and was truly amazed. Using a print format of 1.8m height and 0.8m width, the photographs have an almost human scale – or, as it felt to me, they seem like windows in their dark wooden frames, providing a view out into estuarine worlds – and have a very immediate presence in the room. He also ventures into a different territory with this body of work: increasingly abandoning the representational, some photographs seem closer to a Rothko painting than to both the ‘Long River’ and the ‘Dust’ series; Gerhard Richter’s seascapes also spring to mind. (I see more similarities here to some of his work which predates both his earlier series: in ‘Colour Fields’ he adopts a similar approach using colour, light and composition to ‘paint’ quite abstract images). Having seen the work of quite a number of photographers who turned their lenses onto the estuary, I was excited to see a body of work with a markedly different approach.

I also thought it rather peculiar at the time of first seeing the work, that both Jonathan Bayer, whose ‘Eye on the Estuary’ first introduced me to the subject of the Estuary, and Kander use extreme formats to capture the Estuary – only rotated by 90º. And although I am generally not too fond of 'extreme' photographic formats, I am intrigued how both work exceptionally well, and how both - the horizontal and the vertical - each capture unique aspects. Kander's choice of the 'portrait' format reminded me of Dutch 17th century painter Jacob van Ruisdael's 'View of Haarlem': He too opted for a portrait format to depict the perfectly Dutch flat landscape, rather than choosing the seemingly more obvious landscape format, thus capturing one of the archetypical qualities of the low countries' landscapes: the enormous, dramatic skies.

The photographs were accompanied by a number of objects found on his many trips to the estuary, displayed immersed in water in folded steel columns, and a video installation, showing Kander immersing himself in water, to re-surface after what felt like a painfully long time. It had something baptismal about it.

Flowers gallery published a nice catalogue to accompany the exhibition. 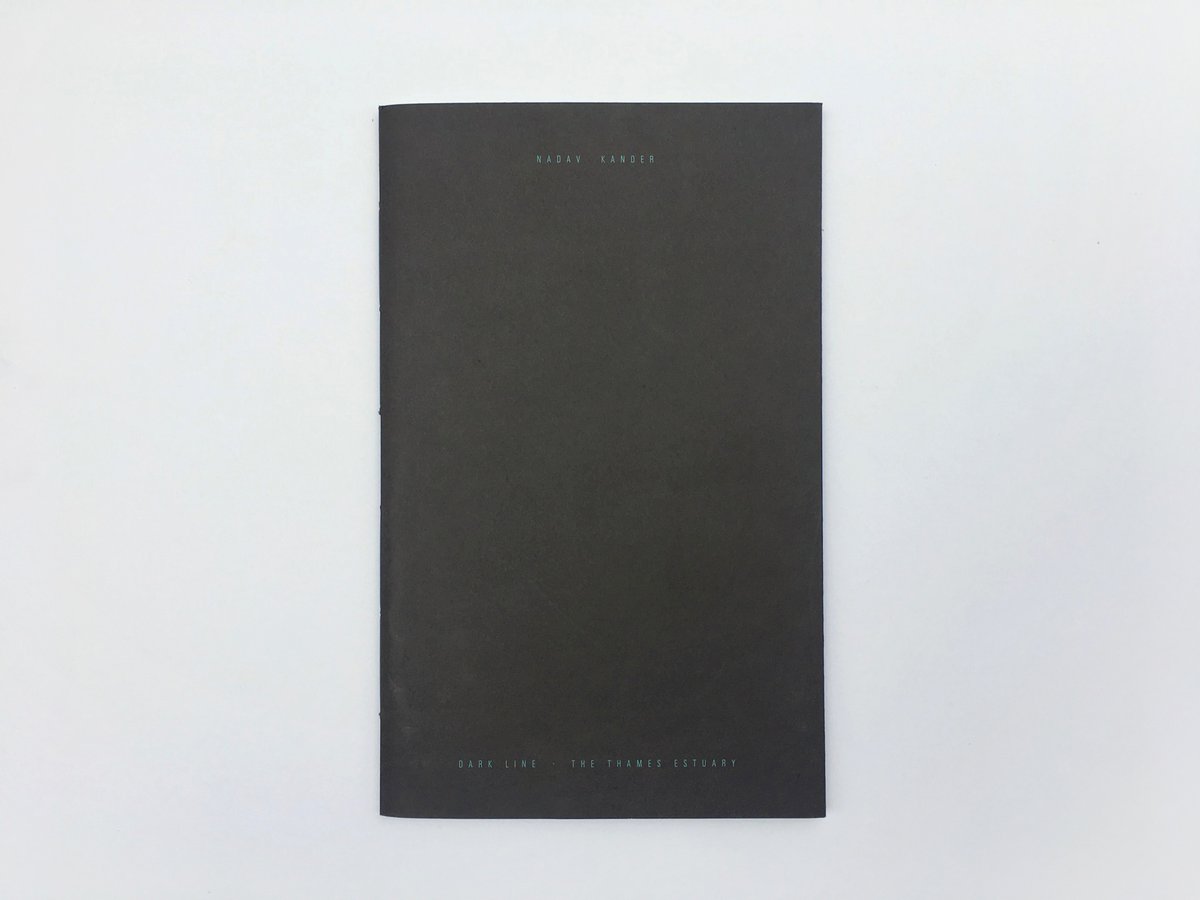 Flowers also hosted an evening with Nadav Kander, the writer Iain Sinclair and writer and curator David Campany, discussing the work, the estuary and different approaches to it - available to view in full length on vimeo.

A selection of photographs from the series was included in 'Powerful Tides' an exhibition at Chatham Historic Dockyard to commemorate its 400th anniversary in spring 2018.